How I earned my wings today:

I try to get planes into the air for quite a while now, and today I finally succeeded! Here is the story of my first real flight, and about all the necessary mistakes I had to go through. I was already building planes as a kid, but I haven’t visited this hobby for quite a while now, however I recently saw a balsa model of a spitfire and I couldn’t resist any more. I have 5 year old twin boys myself, and I know how much impact my father had on me getting into building stuff that I thought this would be a good idea to encourage them myself. Two weeks later I had the rubber motor plane built. Enthusiastically we left for the park on a wind still Sunday morning: just to return home with broken self esteem and a crashed plane. It flew exactly 5 seconds: A steep looping and a nose dive ended that trip – a bad CG making the plane tail heavy was the reason. Lesson one learned the hard way: The CG matters a lot. 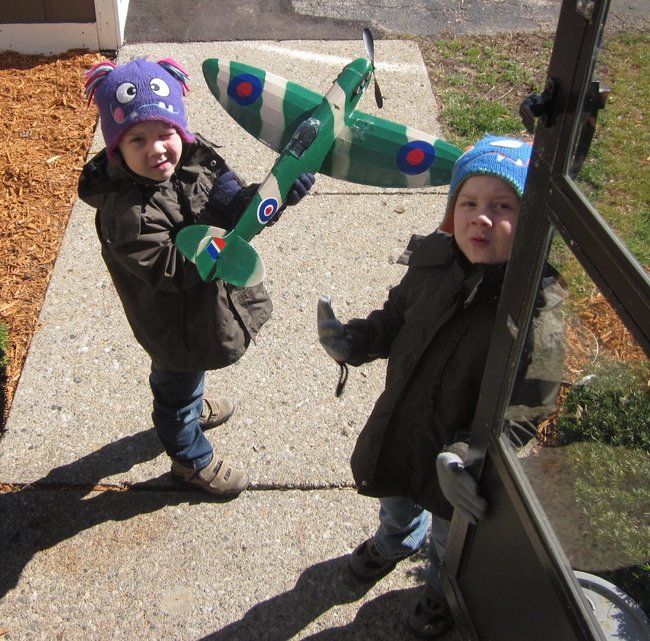 My enthusiasm wasn’t broken, so I got a Hellcat balsa kit and started building right away. However about three weeks into the way more complicated build, doubt started to appear. What if I crash that plane again? The cost and effort going into such a balsa build do not justify the 5 second stretch of hope between maiden launch and maiden crash. So I started browsing and found this amazing site. I decided to learn to fly on a foam flyer before I would try to fly my Hellcat! I think I saw every episode and I immediately order stuff, and also hot glued my own delta scratch build. Off to the park and about 15 seconds later I had a shaft broken motor and a ruined propeller – I used a too heavy motor and my battery pack, that I thought would carry my plane through the air for hours, just caused the plane to crash head first. Second lesson learned: A big motor will not fly a heavy plane – Use the right motor for the right plane! 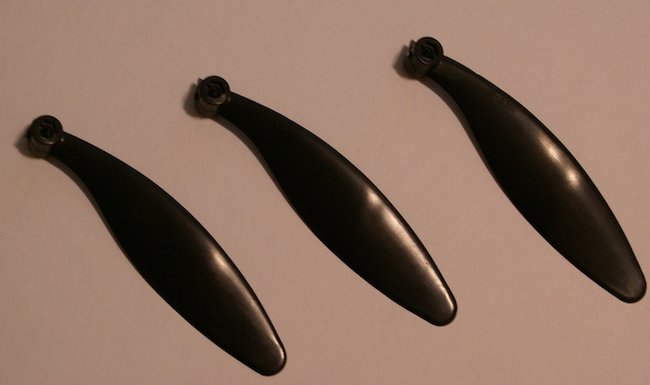 I ordered a smaller motor and a smaller battery, but I still had a big second motor at home. What to do? I build the FT 3D! Amazing build and it looks super impressive. Off to the park! About 30 seconds later the plane crashed into the ground head first, breaking the propeller shaft and send the broken prop much wider that the plane ever got. Lesson three learned: Don’t fly a plane that you can’t handle! The smaller motor arrived, and the build kit from flitetest! I think I glued the delta together in record time. Off the the park! My kids that up to this point enthusiastically followed every excursion already decided that the spectacle of breaking a plane right at the start wasn’t worth the effort, so I could only convince one of the twins to join me. Delta to full throttle, launch, and … It flew! For about 50 meters straight, my son was cheering, he never saw anything remain in air for longer than I could throw it. Then came my first remote control input. 90 Degree yank straight up, I was shocked, spinning the plane in a 720 role, another direction change, the plane hammers away in a more or less random direction, almost crashing, straight up, another role, two dives, avoiding the tree … and crash, nose first as always. What looked to my son like a master piece of a choreographed air show, was nothing more than too sensitive sticks, an unexperienced pilot, and an elevon mix that wasn’t right. Yanking the plane up also banked it left, while a right role also pitched it down. The only positive experience was the prop saver that still crashed the prop, but somehow the motor shaft survived. Lesson four learned: Easy on the controls, and calibrate your controls perfectly! 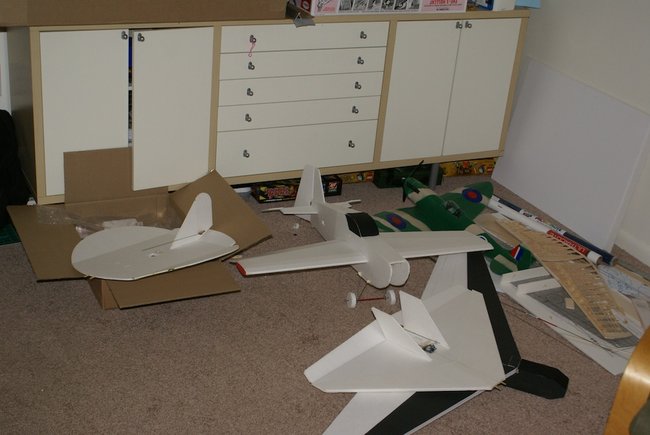 Okay, lets try something easier. The Nutball was the next weekends victim! This time the other twin came along, after all last weekends air show, while being spectacular also took only about 45 seconds. The cracked prop, and I think I also broke the firewall prevented any second attempt. However, the Nutball is indeed easy to fix, so the next day, the next attempt waited. I also got more props to break delivered that day. This time I managed to keep the Nutball in the air for a couple of rounds, but controlling the thing was what Josh and Josh do, not what I did. And every flight ended head first breaking yet another prop. At least I got four “flights” out of the Nutball before the firewall broke again. And I think my sons started to think of the flying hobby as something that one better experiences through youtube than first hand. Lesson five learned? Well I think even the Nutball might be a little too fast for me… What to do now?

Old Fogey was the answer. I saw how slow that thing flies in the review video. It has wings high, huge lift and already looks boring – sorry. But after all the disasters and broken props I was ready to admit it: I needed something slow, simple, skill appropriate, and not a fast yank and bank delta, or something with a big motor. I needed something that my grandma could fly. An intense 6 hour night building frenzy started. I build it slow, carefully, and watched the build video step by step, followed all hints, and still messed up the tail a little. Off to the park on the next morning. I think the sheer size was enough to make both boys come with me, and I guess the idea that something that big would crash much more spectacular helped as well. The first three flights ended head first, breaking three more props. But once I realized that: Three errors high was about 5 times higher than I assumed, and that I could throttle the plane back to about 10%, I was flying! Many minutes in the air, and whenever I messed up something, I just climbed back to a save altitude. My build also was dragging to the left, so I flew mostly left turns – so what. Instead of crashing this flight head first, I had a couple of nice approaches and was on a perfect glide path down, when I cut the throttle, pulled up the nose, and I had a soft belly first touch down! The boys cheered, we had high fives and once we returned home, the kids told the story how “Dad flew the plane just like Josh and Josh from the computer!” … not that this is true, but it sure felt this way!