Buddy Boxing with the boys Usually my kids are like this when I go flying: 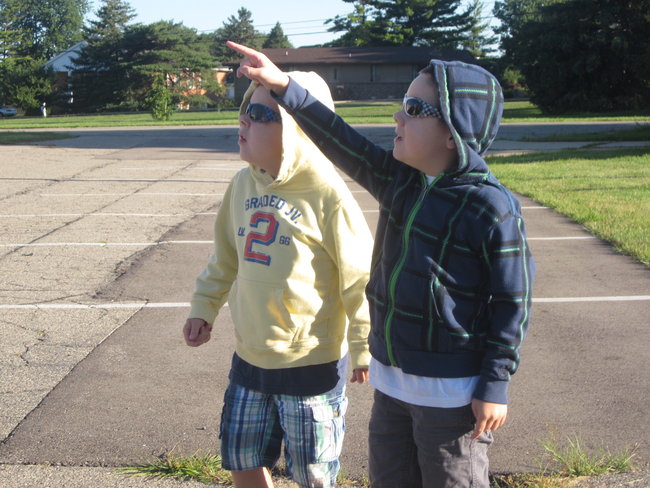 But recently we saw all the DogFight episodes, and now they totally want to get into streamer fighting themselves … but they can’t fly at all. Therefor I decided to get a second remote control and try buddy boxing – let’s see how well they can do it. After all they are five years old. I read a couple of posts about buddy boxing, but what nobody tells you is, that you have to remove the sender module from the trainee TX. While there are nice videos how to do that for good, I decided to do this not so permanent but more sophisticated fix: 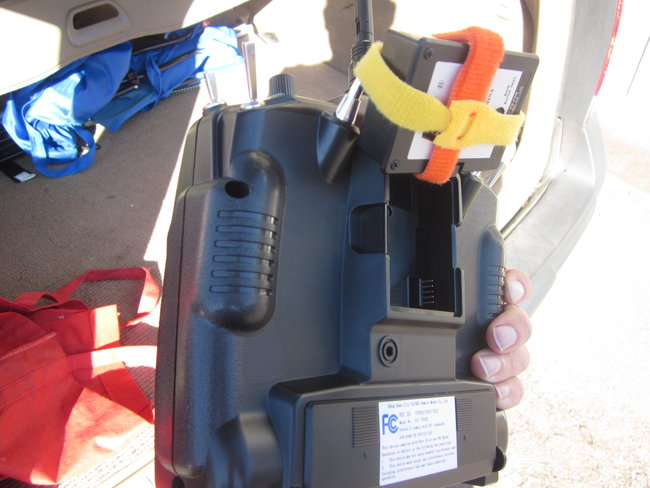 The plane we used was an Old Fogey, mainly because that is the only one I can actually control well, but also because it so simple to manage. I had an Old Fogey fold it’s wing on me once, which let me add a support rod, expecting some abrupt maneuvers: 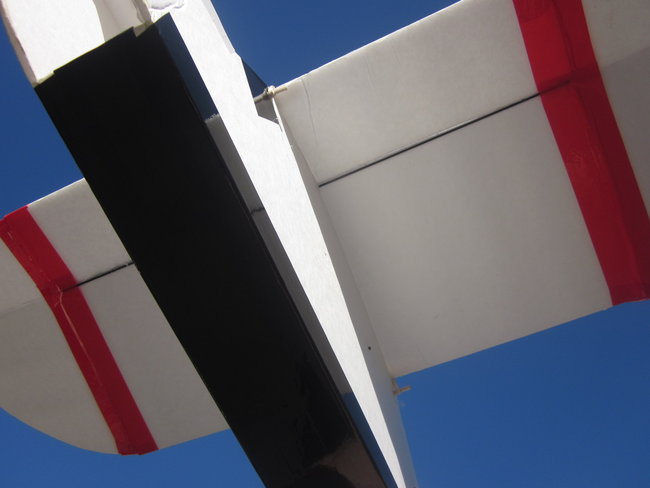 The flying went amazingly well, and I think from their focused faces you can tell how intense and how much fun everything was. 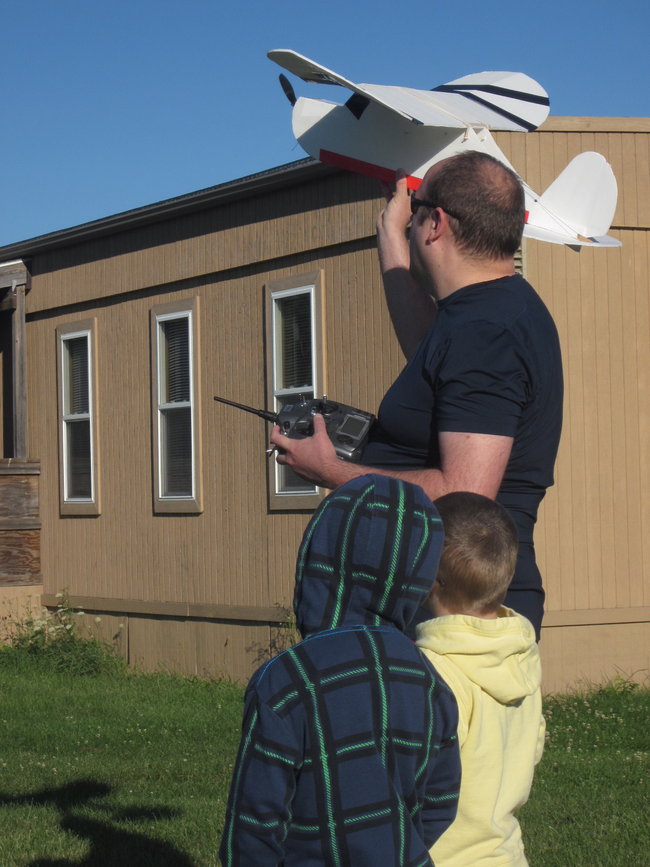 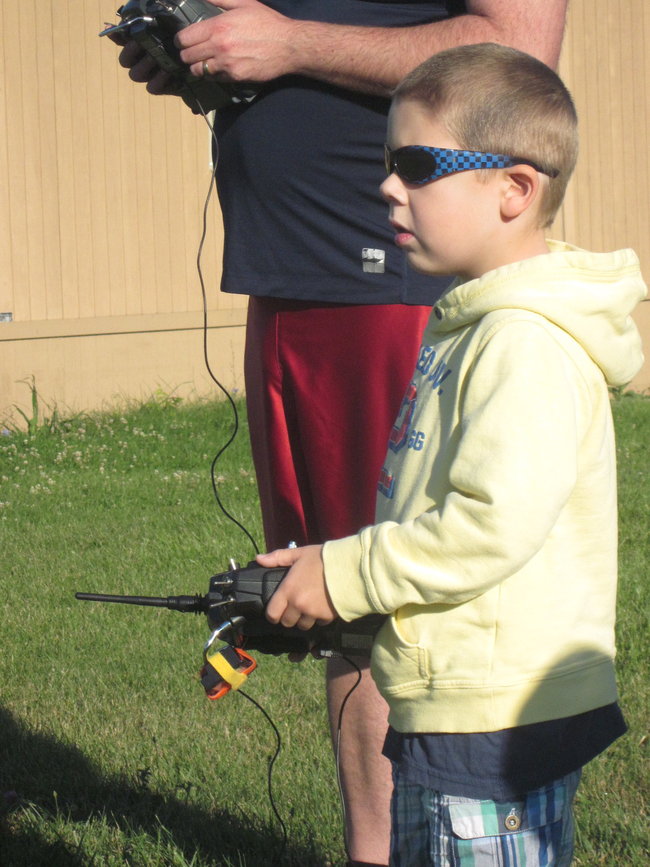 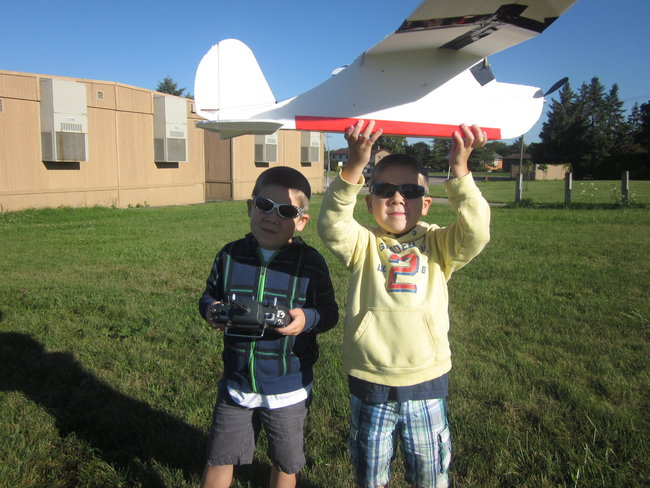 Here are a couple of security advices, after all you go flying with kids:

I was amazed how well they were flying. Yes, I had to intervene a lot, but mostly just to stabilize and to get it back to altitude, but they managed to fly circles, and even a looping (mostly unintended). They tend to over correct, so once in a while you just take control to level the plane and hand it back immediately. The results are convincing: 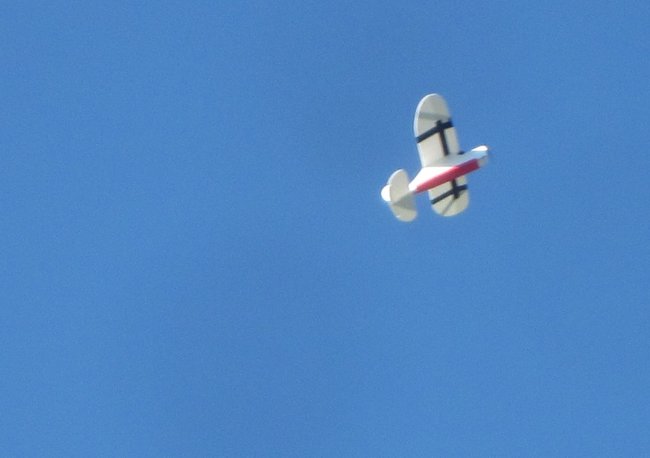 I am sure we will need a lot more practice, but I look forward to seeing them fly in their own. 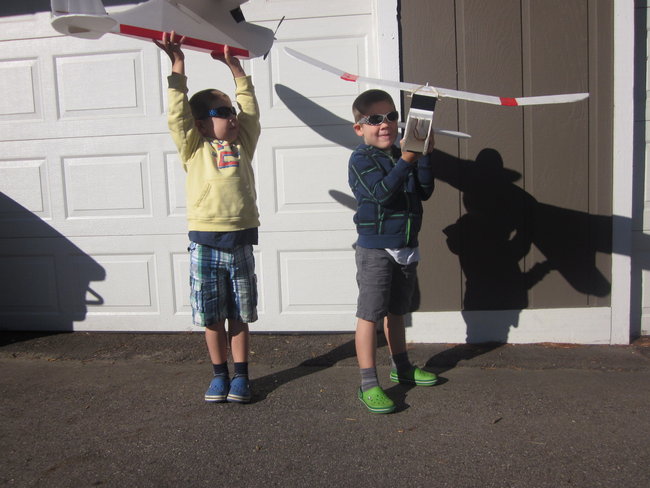 And when you look right you might guess the answer to the question: “I bloody wonder who will pick them out of the sky later?” 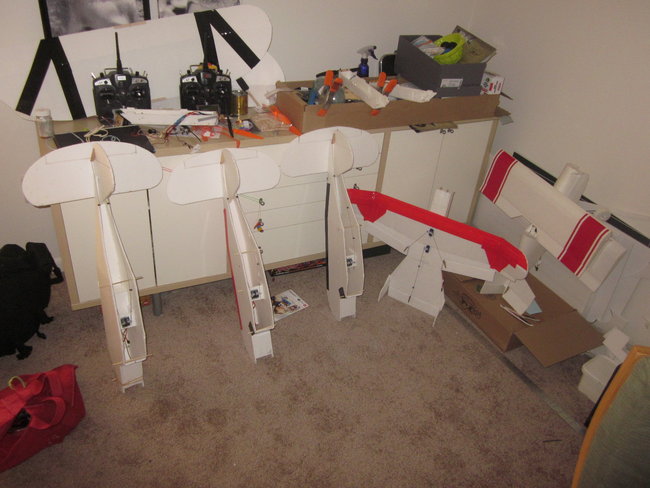